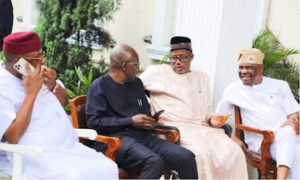 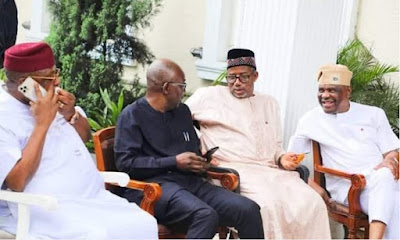 The National Vice Chairman of the PDP, South-South Dan Orbih was also part of the meeting.

The meeting came after pictures of the Presidential candidate of the Labour party, Peter Obi meeting with Wike in his country home emerged online.

The latest meeting is coming after the Presidential candidate of the People’s Democratic Party, Atiku Abubakar set up a committee to pacify aggrieved members of the PDP.

Since losing to the Okowa, Wike is yet to publicly make any comments about developments in the party.