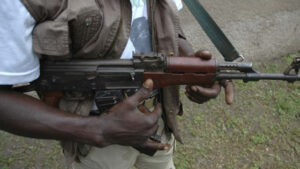 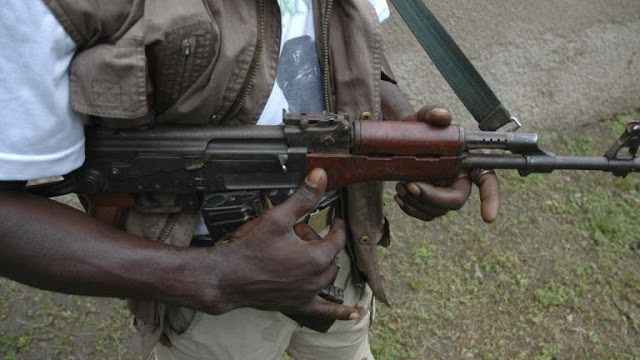 Suspected terrorists engaged troops of the Nigerian Army in a shootout on Thursday evening.

According to the report, the terrorists stormed the Zuma Rock checkpoint, close to Zuma barracks and began to shoot sporadically.

The checkpoint is located along the Abuja-Kaduna expressway that has witnessed attacks by gunmen.

Eyewitnesses have said there is a serious gridlock in the area as motorists were forced to abandon their vehicles and run for safety.

Spokespersons for the army and police were not available for comments as they did not respond to telephone calls and text messages.

The latest attack on the military checkpoint comes a few days after terrorists launched a similar attack on presidential guards in Abuja.

It can be recalled that the troops of the guards’ brigade, responsible for the security of the Nigerian president, were ambushed.

Two officers (a lieutenant and a captain) and six soldiers were killed in the attack while at least four others, including the commanding officer who is said to be a lieutenant colonel, were injured and taken to the hospital.

While the military and the Nigerian government kept mum on the attack, the Kogi State Government on Tuesday announced that the two officers killed were from the state.

On Thursday, the federal government finally confirmed the attack with the National Security Adviser, Babagana Monguno, saying the soldiers “were ambushed and decimated” by the terrorists.