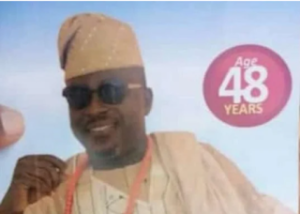 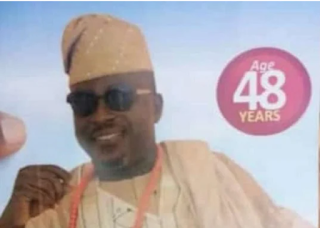 Olayinka Olalekan Obey-Fabiyi, a son of Ebenezer Obey, the veteran singer, has passed away.

Sources close to the family confirmed Olayinka’s death to the media on Monday.

It is understood that he died on Friday and was buried on Saturday.

The family, however, did not reveal the cause of his death.

Married in 1963, the ace singer lost Juliana in 2011 after she died at Lagos State University Teaching Hospital (LASUTH).

They have several children and grandchildren.

Obey began his professional career in the mid-1950s after moving to Lagos.

After tutelage under Fatai Rolling-Dollar’s band, he formed The International Brothers in 1964, playing highlife and jùjú fusion.

The band later morphed into Inter-Reformers in the early-1970s, with a long list of Juju album hits on the West African Decca musical label.

As is characteristic of Nigerian Yoruba social-circle music, the Inter-Reformers band excels in praise-singing for rich Nigerian socialites and business tycoons.

Obey is also renowned for Christian spiritual themes in his music and has since the early-1990s retired into Nigerian gospel music ministry.