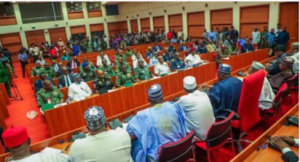 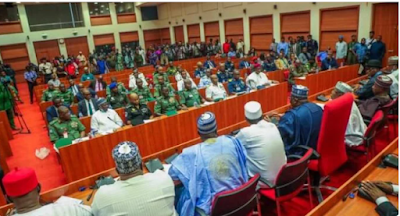 Speaking on Wednesday at a meeting with Lucky Irabor, chief of defence staff, Usman Baba, inspector-general of police (IGP), and other heads of security agencies, Lawan expressed concern over how insecurity would affect foreign investment.

“There are, of course, several arguments whether the resources available to our armed forces and our security agencies are enough or not,” he said.

“Definitely not enough. I don’t know of any country where there is enough really. But even within the scarcity that we have, this administration and this senate and national assembly have always prioritised the security of our country.

“This particular session of the interaction between us is to look into where we are today and probably this current position where we are is most frightening because it is like there is nowhere to hide, nowhere to go.

“Where our agricultural productivity is drastically going down, that will complicate the security situation because the most ordinary Nigerian cares more about what he or she or what the family will eat. And of course, all other things are secondary.

“We have problems with our economy to some extent because of insecurity. No foreign direct investment or not as much as we would ordinarily attract to our country.

“Our prayer is to start seeing serious, remarkable and dramatic changes from today.”

On his part, Irabor said a lot is being done to improve security in the country.

“The commitment is there. It’s very profound. I believe that as we go into discussions on specifics, it will be clear that no one is leaving any stone unturned in redressing all the imbalances within the security environment.”