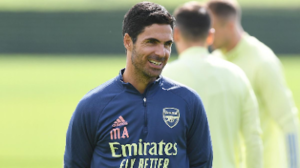 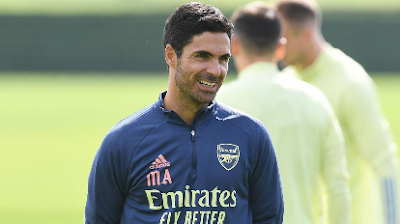 Arteta was speaking to reporters after a 2-0 win at Crystal Palace on Friday.

Gabriel Martinelli’s first-half strike and a second-half own goal by Marc Guehi gave the Gunners all three points.

Jesus and Oleksandr Zinchenko who both joined from Manchester City made their debuts and Arteta was impressed with the Brazilian.

“[Jesus brings] the fear factor — he is always in your shoulder, the ball is bouncing, that 50-50 ball, he always has that intuition, that ability to get the ball off you.

“You’re never standing [still], instead he’s always on the move. He’s always ready to act and he’s so sharp, so I think for the defenders is difficult to play against him,” Arteta said.