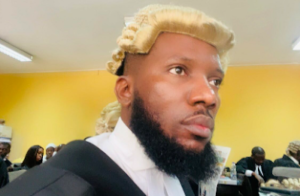 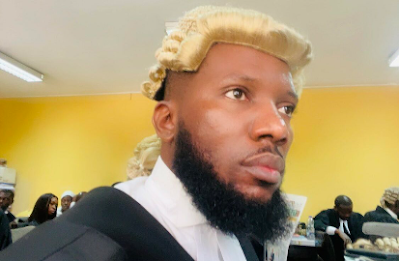 Freed Lagos-based human rights lawyer, Inibehe Effiong has announced that his incaceration in Akwa Ibom State Correctional Centre was a retreat for him to be fortified to continue his struggle in speaking for the common man.

He added that he was not perturbed while in custody as his stay gave him the privilege to experience the other side of the world saying that such had equipped him more in his activism.

The detained human rights lawyer was released from the Uyo Correctional Centre, along Wellington Bassey Way, Uyo, the Akwa Ibom state capital, about 7:30am on Friday to the waiting embrace of enthusiastic supporters, who had mobilised to give him a heroic welcome home.

It could be recalled that Effiong was on July 27, committed to 30 days in prison by the Akwa Ibom State Chief Judge, Justice Ekaette Obot for action she described as contemptuous during proceeding in the libel suit instituted by the Governor of Akwa Ibom State, Udom Emmanuel, and Senator Effiong Bob, against Mr Leo Ekpenyong which was on its last day for prosecution.

Speaking while addressing the cheering crowd at Wellington Bassey Way Uyo, Effiong expressed appreciation to God for making the day possible, adding that history will always vindicate the just.

Reviewing the whole episode, he said

deception and lies may tarry for a while but there are two judges that cannot be deceived, the judge of heaven and judge of conscience.

He appreciated his friends, family and colleagues including the media who stood by him during the period, adding that he considered it as an honour to be incarcerated and that the one-month period was an appointment with destiny.

He also denied the allegation of pointing at the judge or banging on the table while addressing the court saying that he was incarcerated without trial or given a chance of fair hearing.

He said, “I was convicted without charge, without opportunity of plea, without my offence disclosed

“I am back, stronger and more determined to confront the forces of oppression and to continue to speak nothing but the hard truth to the faces of the oppressors of our people. I feel sorry for those who thought they can break my spirit by incarcerating me.

“I never pointed my hand at the Chief Judge, bang my hand on the table or shouted at the court, the Chief Judge of Akwa Ibom knows in her consci nice that I never acted in an insolent manner.”

He also urged the Chief Judge to release the CCTV of that day so that people will get the true picture of what transpired in court.

“I’m pleading with my Lord to release the CCTV camera of that day, let the whole lawyers and world see when Inibehe pointed at the Chief Judge and banged on the table. Even though I’m the most insolent lawyer in Nigeria, you don’t need to attribute to me what I did not say or do just to justify that which is unjustifiable.” He added.

He, therefore, announced that he has taken steps to secure the release of 17 inmates, with most of them coming out with him, adding that one left the previous night.