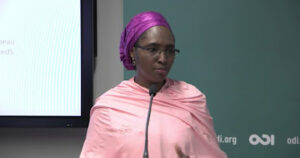 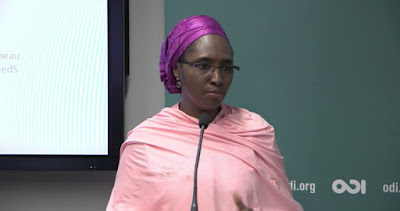 The Minister of Finance and National Planning, Zainab Ahmed, has said the federal government will borrow over N11 trillion and sell national assets to finance the budget deficit in 2023.

She also said the government’s budget deficit is expected to exceed N12.42 trillion if it should keep petroleum subsidy for the entire 2023 fiscal cycle.

Mrs Ahmed disclosed this on Monday while appearing before the House of Representatives Committee on Finance to defend the 2023-2025 Medium Term Expenditure Framework (MTEF) and Fiscal Strategy Paper (FSP).

Explaining two scenarios of the budget deficit to the committee, the minister said the first option involves retaining the petroleum subsidy for the entire 2023 fiscal year.

According to her, in the first scenario, the deficit is projected to be N12.41 trillion in 2023, up from N7.35 trillion budgeted in 2022, representing 196 per cent of total revenue or 5.50 per cent of the estimated GDP. In this option, she added, the government would spend N6.72 trillion on subsidy.

Mrs Ahmed said the second option involves keeping subsidy till June 2023 and that this scenario will take the deficit to N11.30 trillion, which is 5.01 per cent of the estimated GDP. In this option, PMS subsidy is projected to gulp N3.3 trillion.

She noted that the first option is not likely to be achievable based on the current trend while the second option would require tighter enforcement of the performance management framework for government-owned enterprises that would significantly increase operating surplus in 2023.

The federal government would be spending N18.6 billion daily on PMS.

The two proposals have budget deficits far above the stipulated threshold in the Fiscal Responsibility Act.

According to the existing Act, the deficit must not exceed 3 per cent of the GDP. However, the law makes provision for the President to cross the threshold with the approval of the National Assembly.

Section 12 (1and2) of the Fiscal Responsibility Act reads, “The estimate of:

2). Aggregate expenditure for a financial year may exceed the ceiling imposed by the provisions of subsection (1) of this section if in the opinion of the President there is a clear and present threat to national security or sovereignty of the Federal Republic of Nigeria.

The government is projecting N19.76 trillion as total expenditure under option two, with projected oil daily production fixed at 1.69 million barrels per day at $70 per barrel. The exchange rate has been fixed at N435.57 to a dollar and inflation at 17.16 per cent.

Mrs Ahmed stated that crude oil production challenges and PMS subsidy deduction by NNPC Limited constitute a significant threat to the achievement of our targets, as seen in the 2022 performance up to April.

She noted that the draft MTEF/FSP was prepared against the backdrop of continued global challenges occasioned by lingering COVID-19 pandemic effects, as well as higher food and fuel prices due to the Russia/Ukraine war.