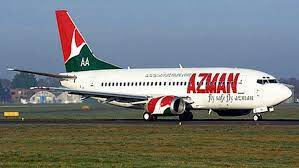 Nigeria indigenous domestic airline, Azman Air, has renewed its Air Transport License, ATL following the expiration of the document, along with non payment of legacy debt.

This is coming barely 24 hours after the Nigeria Civil Aviation Authority, NCAA, suspended the airlines operations over failure to renew its ATL, and N1.2 billion legacy debt accrued from the 5 percent Ticket Sales Charge and Cargo Sales Charge (TSC/CSC), which was collected from air travellers and cargo operators.

Following the renewal, the airline can commence its daily scheduled operations.

It was gathered that the airline had also signed a Memorandum of Understanding (MoU) of N50 million monthly on the repayment of its legacy debt.

NCAA gets 58 percent from the total five percent, of charges, the other four agencies share the remaining 42 per cent in different proportions.

The license was signed by the Director General NCAA, Captain Musa Nuhu, yesterday in Abuja.

The airline also submitted its tax and security clearance forms to the NCAA, after its initial reluctance to do so for about 10 months without any basic reason.

Tax and security clearance forms are two of the requirements for issuance of ATL or Air Operators Licence (AOC) or their renewals by NCAA.

Meanwhile, the airline said it has commenced full operations, while apologizing to its customers for service disruption in Thursday.

While reacting to the development, an aviation consultant, Engr. Williams Nwachukwu, stated that the majority of the airlines were hugely indebted to NCAA, NAMA and several other service providers without the plan of paying back their debts.

He said: “The 5 percent TSC was added to the cost of air tickets of passengers by the airlines and was supposed to be remitted to the NCAA for onward distribution to other agencies, but lamented that most of the airlines refused to remit the funds.

“Though, we are in a sector that gives room to credit, but, we must prove to be creditworthy. Airlines are supposed to be a warehouse for the collection and remittance of some of these funds collected from passengers, but they blatantly refuse to remit accordingly.

“We all know we are in the business of flying and if you don’t operate for one day, you will lose a lot of money. Why then do we prefer not to act like a real businessman? Definitely, you knew you would comply, then, why did you allow your operations to be disrupted and suffer a huge loss?”