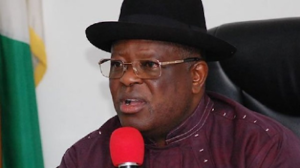 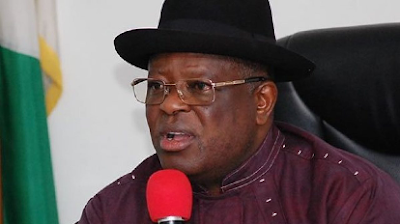 Ebonyi State Governor, David Umahi on Thursday vowed to fight against the increasing illicit drug consumption in the state, especially as the 2023 general elections/ campaigns approach.

Umahi who spoke through the Special Assistant on Drug Control, Mark Onu while addressing newsmen in Abakaliki, said the government has intensified great efforts to ensure that illicit drug intake is reduced drastically ahead of elections.

He noted that most political parties use youths to prosecute their campaigns as the youths would want to be intoxicated to impress their paymasters.

“We have consulted relevant agencies such as the National Drug Law Enforcement Agency (NDLEA) among others for effective collaboration to check illicit drug consumption, especially during this electioneering period.

He noted that his office had ensured the arrest of defaulters of illicit drug consumption but the figures would not be made public.

“Our emphasis is not on arrests but counselling on the negative effects of illicit drug consumption on the individual’s health and the society.

The special assistant noted that his office enlightens people that illicit drugs have adverse effects on people’s health and when it becomes extremely adverse, it leads to mental disorders.

He said his office had consulted the authorities of the National Union of Road Transport Workers (NURTW) on checking the supply of illicit drugs to the state.

“We discovered that most illicit drugs are brought to the state from neighbouring states and we have taken proactive steps to curb the trend.

“We discovered that a particular dealer of methamphetamine (mkpurummiri) for instance resided at Amasiri in Afikpo North Local Government Area of the state.

“We further discovered that he actually operates from Osso in Afikpo North LGA and gets the illicit drug consignment through motorcycles from neighbouring Abia.

“We advise the youths to stay away from drugs to achieve their life ambitions” he stated.