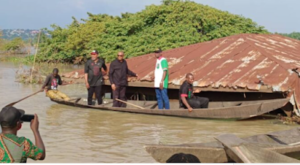 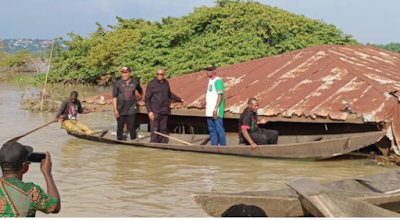 Peter Obi, presidential candidate of the Labour Party (LP), says he would curb the flooding issue ravaging the country if elected in 2023.

Most part of Nigeria is currently battling with flooding, with the United Nations International Children’s Emergency Fund (UNICEF) saying 34 out of the 36 states have been affected and 1.3 million people displaced.

Over 600 people have reportedly lost their lives, and more than 200,000 houses have either been partially or fully damaged.

Obi had announced the suspension of his campaign to take a tour of some of the affected areas.

In a chat with ARISE Television on Monday, the LP candidate said the flooding problem can be solved by predicting the calculation of rainfall and dredging major rivers to hold the water.

“What will I do to curb this flooding? There’s a combination of things that I need to do. There is the issue of Lagdo dam but even the minister said the rainfall caused the flooding and not the dam. But if you take the average rainfall in the past 20 years — since 2001 — it remains the same, which means it is predictable,” Obi said.

“But the issue is that we have refused to dredge some rivers. We need to dredge the River Benue and Niger from Baro, Niger state down to the Atlantic Ocean. But there’s currently no ability to hold this drainage, and tributaries are also part of what is causing this problem. The rivers are no longer contributing to our economic growth as they should be.

“These are the things we should do to be able to contain this.”

Last week, Obi had commiserated with residents of Benue state over the impact of flooding on their communities.