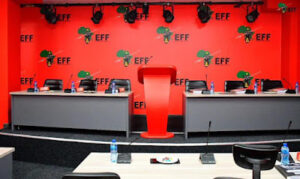 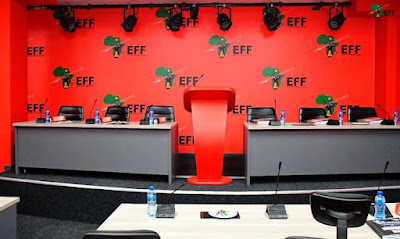 The Economic Freedom Fighters (EFF), a political party in South Africa, has asked the United States (US) embassy in the country to provide evidence of its claim of possible terrorist attack in South Africa.

On Wednesday, the US government issued a security alert warning its citizens about the possibility of terror attacks in South Africa.

The US had said it received information that terrorists may be planning to attack large gatherings of people in Sandton, Johannesburg, on Saturday.

The embassy, however, added that it had no further information regarding the timing, method, or target of the potential attack.

The warning for South Africa came hours after the US warned its citizens in Nigeria about possible terror attacks in parts of the country.

The US had said the federal capital territory (FCT) stands a high risk of attacks, and that terrorists may target government buildings, places of worship, schools, and markets.

There was also no further intelligence shared on the nature of the attack.

So far, the action has been condemned by the Nigerian federal government, which said it will not be “stampeded” by the security alerts and described the warning as “clickbait”.

In a statement issued on Thursday by Sinawo Thambo, EFF’s spokesperson, the party asked the US government not to cause panic in South Africa and share evidence of its claim on the possible terror attack.

“The Economic Freedom Fighters (EFF) calls on the USA Embassy in South Africa to provide evidence for its claims of a possible terrorist attack in Santon, “ the statement reads.

“It is also a historic fact that the USA invaded Iraq based on faulty intelligence: this action alone unleashed the greatest human rights violation by a government since the holocaust.

“For all we know, the CIA’s agents working with terrorist groups are the ones staging the terrorist attack so as to destabilise our country. Alternatively, the claim seeks to impact the international reputation and standing our country as one which is terrorist infested.

“It is not the first time that the USA South Africa embassy makes such a warning related to Sandton. Even then, they could never back it up with credible evidence.

“We reject these warnings as part of a self-made plot to destabilise our country and damage its reputation.

“If the USA really seeks to protect lives they must cooperate openly with our agencies and share evidence of their claims.”