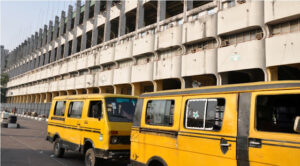 There was a mild drama between the leadership of the Joint Drivers Welfare Association of Nigeria (JDWAN) and its’ members on Wednesday, when the latter rejected the call to end a seven-day strike action against the alleged extortion by officials of the Lagos State Park and Garages Management on the roads in the state.

The aggrieved members of the transport union who thronged the state secretariat, insisted the strike must go on pending final resolution of the grievances.

Recall that members of JDWAN, had embarked on a seven day warning strike on Monday, which had run for three days before the call off by it’s leadership.

The JDWAN leadership, led by Akintade Abiodun, directed their members to return to work at the end of a crucial stakeholders’ meeting with representatives of the state government led by Permanent Secretary, Ministry of Transportation, MOT, Engr. Gbolahan Toriola, held at the ministry’s conference hall, Alausa, Ikeja.

In the wake of the strike action, the state government had summoned the leadership of the unregistered union with it to the meeting, with the aim to resolve amicably the grievances over alleged extortion.

Meanwhile, the state government and the transport union leadership agreed to reschedule the meeting to allow for a larger participation as members of Lagos State Parks and Garages, led by Musiliu Akinsanya, popularly called MC Oluomo, were absent after waiting endlessly for JDWAN members hours after set time.

Permanent Secretary Ministry of Transportation, Engr. Gbolahan Toriola, when contacted, told newsmen that the state government was determined to end the strike action as soon as possible.

Toriola, at the meeting, after listening to series of allegations, assault on members and demands by the leaders of the union, expressed state government’s concern over the lingering strike, saying the interest of the public necessitated the need for the meeting.

The permanent Secretary, urged JDWAN and it’s affiliates to Channel their grievances appropriately to relevant authorities for positive results.

Toriola said, “If you had informed the government of your grievances through proper channels it would have been resolved without getting to this level.

“Hence, we call this meeting to restore, peace, norlmacy and tranquility to the affected areas.”

Toriola subsequently, fixed November 4, Friday, for the rescheduling of the inconclusive meeting, after unanimous decision by both parties.

“The recognized National bodies of road transportation in the country, such as National Union of Road Transport Workers, NURTW, now Parks and Garages Committee and Road Transport Employers Association of Nigeria, RTEAN, were here earlier but later left due to obvious reasons.

“Government is seriously working towards resolving this issue as soon as possible to restore norlmacy to the affected areas,” he said.

Abiodun, however, told our correspondent that the decision to suspend the strike was rejected by other members who preferred to hold on for the outcome of the rescheduled meeting on Friday.

“They maintained that since the meeting was inconclusive and re-fixed fir Friday, we should wait for the outcome of the meeting before taking further decision. So, that’s the latest situation. The strike action continues,” Abiodun said.

The areas mainly affected by the strike action are: Ojo, Ikorodu and Badagry Local Government Areas.