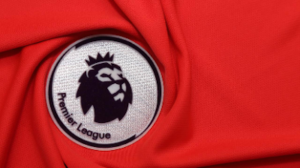 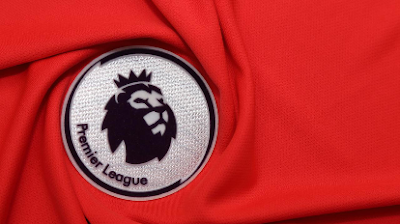 The English Premier League (EPL) enters its sixteenth week this weekend with the expectations of more drama.

It is the last Premier League week before the FIFA World Cup break.

Matches are spread across England between Saturday afternoon and Sunday evening.

The legendary Portugal international has started and completed the last four matches for Manchester United prior to their Carabao Cup 4-2 defeat of Aston Villa. According to Red Devils boss, Erik ten Hag, the former Real Madrid forward was ill so could not make the EFL Cup squad. But the 37-year-old may go back to his role on the bench following the return of Anthony Martial. Martial returned to fitness and scored for Erik ten Hag’s side on Thursday. Ten Hag says he prefers Martial to lead his attack. “We have Cristiano and we have options there but quite clear to my way of playing, I like a player like Anthony. He can hold the ball, he can finish and is a good presser,” the Dutchman said.

World Cup invitees and the fear of injuries

Most of the big players in the Premier League have been called up by various national teams to wear the colours of the countries at the upcoming World Cup in Qatar. This weekend is the last one for club football in Europe and in major leagues around the world. It is the dream of every player to play in the FIFA World Cup. For this reason, most will, this weekend, be having in mind that their position in their squad is at stake. Some players have already been accused of saving their legs for the mundial. Roma coach, Mourinho had recently slammed one of his players saying, “I am sorry that the efforts of the team were betrayed by the attitude of one unprofessional player.” Also Tottenham boss Antonio Conte had to defend his defender, Cristian Romero after it was suggested that the Argentine was more focused on playing for Argentina in the World Cup than Tottenham.

Liverpool boss Jurgen Klopp got himself into trouble with the Football Association (FA) in the last minutes of the Reds’ 1-0 win over Manchester City on October 16 and will not be in the touchline when the Merseysiders take on Southampton in the Premier League on Saturday. Klopp was issued a one-match ban. FA statement says, “The Liverpool FC manager has been suspended from the touchline for one match with immediate effect, fined £30,000 and warned as to his future conduct.”

Graham Potter and The Blues

The Chelsea manager has said that he would use the World Cup break to improve himself and get prepared for challenges after the FIFA tournament. But the question is, how much time does the Englishman have at Stamford Bridge? Potter’s problem started the day he visited his old club, Brighton where the Blues, riding on the back nine matches unbeaten, were disgraced 4-1. Chelsea are now well outside the top four, sitting on seventh place, three points behind Tottenham in fourth. They face third-placed Newcastle United today and a loss will intensify the rumours of Potter’s sacking.

Arsenal are top of the Premier League table, two points above Manchester City. Both teams will be hoping to enter the FIFA World Cup break at the summit of the English top-flight. If Mikel Arteta’s Gunners falter against Wolves on Saturday, Pep Guardiola’s side would take the advantage and move one point clear. Arsenal have won 11 of their 13 Premier League matches, accumulating 34 points and could extend their lead should Man City drop points against stubborn Brentford.