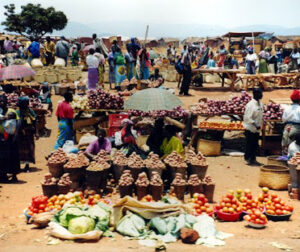 The National Bureau of Statistics (NBS) revealed this on Tuesday in its Consumer Price Index (CPI) report for October, noting that food inflation was 23.72% in October 2022, from 23.34% in September 2022.

The CPI measures the rate of change in the prices of goods and services.

According to the Bureau, the rising inflate rate was caused by importation costs, high energy costs, and surging food prices among others.