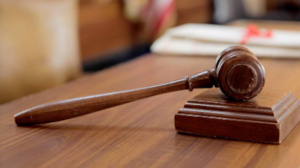 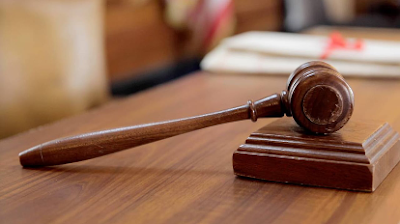 The National Industrial Court in Abuja on Monday shifted the hearing in a suit instituted against the Federal Government by retirees till January 31 next year following the absence of the Attorney General of the Federation (AGF) and four other defendants in court.

AGF, Labour and Employment Minister, Finance Minister, Head of Service of the Federation (HoSF) and Chairman, National Salaries, Incomes and Wages Commission did not honour the Court’s summons and were also not represented by any legal practitioner.

At Monday’s proceedings, Counsel to the retirees, Chief Chiesonu Okpoko, a Senior Advocate of Nigeria (SAN), protested the absence of the five defendants in court without explanations.

The Senior lawyer drew the attention of the Court to the effect that the AGF and others were served with the court’s summons as far back as October 14.

Under Order 9 Rule 1 of the National Industrial Court, Okpoko SAN informed Justice Osatohanmwen Obaseki-Osaghae that the five defendants ought to have filed their defense to the retirees suit within 14 days but elected to ignore the aspect of the law.

The senior lawyer, therefore, pleaded with the Judge to invoke Order 9 Rule 5 of the Court to adjourn the suit for definite hearing.

However, Justice Obaseki-Osaghae reminded the senior lawyer that the matter came up for the first time for mention and opted to give AGF and others another opportunity to do the needful in respect of the suit.

The Judge subsequently fixed January 31, 2023 for hearing in the suit and as well ordered that fresh hearing notice be served on all the defendants.

The Director General, National Pension Commission who is one of the key defendants in the suit was represented by a private legal practitioner, Mr Elendo Awa who informed the court that his client’s defence to the suit would soon be filed and served on the retirees.

Several retirees who claimed to be victims of the alleged discrimination in the Pension policy were in court to witness proceedings.

The retirees who are from the six geo-political zones of the country had dragged the Federal Government before the court to challenge the alleged disparity in the pension regime of the government.

They prayed the court to issue an order of mandamus against the Federal Government to compel it to increase their pensions in line with provisions of section 173 (3) of the 1999 Constitution.

The aggrieved Retirees also sought order of the Court against Government to pay them their gratuities having served the mandatory period of service in the employment of the Federal Government.