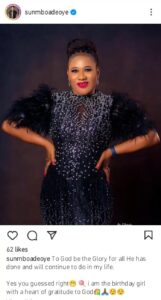 It’s Sunmbo Adeoye’s birthday today, November 22, 2022, and she is celebrating her day in a black number..

The wife of the General Overseer of Royalty Christian Centre, David Adeoye took to her Instagram page to celebrate herself.

Giving all the glory to God, she wrote,

“To God be the Glory for all He has done and will continue to do in my life.

Yes you guessed right. I am the birthday gift with a heart of gratitude to God”.

Sunmbo is the mother of Tuface’s first son. They have two children together.

She was never married to the singer and left him when the heat of who would marry Tuface became too hot!

Annie and Pero were always fighting for his love and in a way, Sunmbo would be dragged in too. When she couldn’t take the heat again, she stepped aside, and left the duo to fight for his love.

Years after, Pastor Adeoye lost his wife, and he began to look for who to marry! He found Sunmbo in church and they tied the knot few years after his wife’s death!

Happy birthday to her! 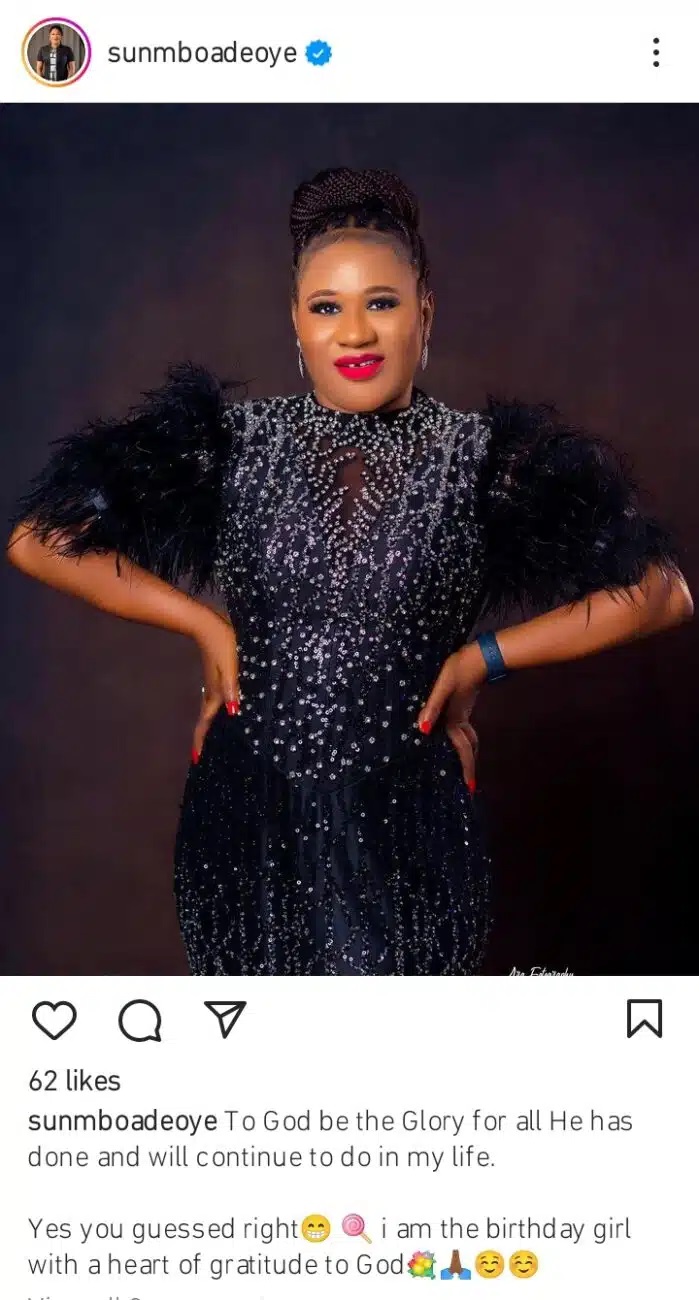