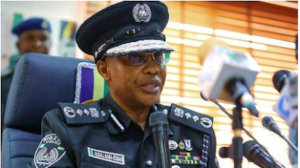 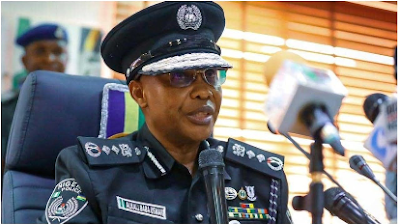 The Inspector General of Police, Mr Usman Alkali Baba has said that police will not spare common criminals who are hiding under agitation to attack Anambra people.

He said the agitation for a separate state by those perpetrating criminal acts in Anambra State and also attacking police operatives and other facilities is a smokescreen for criminality.

Baba stated this in Amawbia, near Awka, Anambra State, where he commissioned an ultra-modern divisional police station, attached to a police barracks for senior police officers of the division.

He said police will no longer allow such criminals to keep operating in any state in the South East, adding that there are better ways to agitate than to be involved in criminality.

“Secessionist ideas will not continue like this. There are better ways to agitate, and the government will not be intimidated by these people. This is criminality, and the agitation for Biafra is just a smokescreen for criminality.

“Vigilante operatives are key in our crime fighting. The vigilante operatives have done well, without them we will not succeed. We urge communities to support their vigilante. Security is everybody’s business, security is not keeping quiet when you see what is going wrong, or what you should do.

“We are behind you (commissioner of Police in Anambra State) to ensure that there is law and order in Anambra. The governor is security friendly and has always assisted us.

“With the challenges of 2023, we shall provide level playing ground and the environment shall be created for all politicians to exercise their franchise.”

Speaking on the new divisional police station, Baba said it is an initiative to give operatives of the police a conducive working environment, to enable them give their very best.

“This is one of the projects we have put in place for our officers to have a great place to work and retire into. We need more edifices like this to be able to provide our men with a good environment to work.

Earlier, the state police commissioner, CP Echeng Echeng in his remark described the new division as a milestone in the repositioning of the police force for better delivery.

He stated that for 10 months now, Anambra has been largely peaceful despite the actions of criminals masquerading as separatists.

He appealed to the IG for the mobilisation of armoured tanks to the state to help stabilize the successes that have so far been achieved.

“We are poised to ensure a peaceful yuletide in the state, and the need for more logistics support can not be over-emphasized,” Echeng maintained.