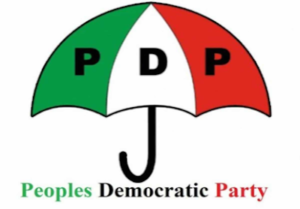 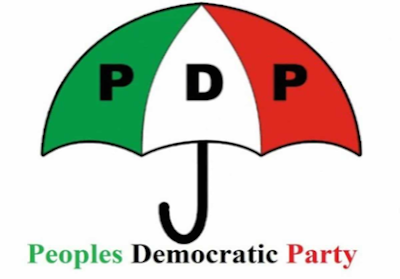 Barely twenty-four hours after the Peoples Democratic Party (PDP) presidential candidate, Atiku Abubakar held his presidential campaign rally in Ekiti State, factions in the local chapter of the party are trading blames on the success or otherwise of Tuesday’s rally.

The division in the party came to the fore during a radio programme on Wednesday monitored by newsmen in which the PDP Publicity Secretary in the state, Mr. Raphael Adeyanju and one of the media handlers of Fayose, Mr. Omotoso Okeya appeared as guests.

While Adeyanju claimed that the Atiku’s campaign rally in Ekiti “was a huge success,” Okeya, countered that the rally “was nothing to write home about as the division in the party which was responsible for its loss in the last governorship election was yet to be addressed.”

Faulting Adeyanju’s claim that the presidential campaign rally was a success, Okeya revealed that Fayose, seven National Assembly candidates and many House of Assembly candidates boycotted the rally because they were held in contempt by the party’s leadership who believed that “they were not important in the party.”

Okeya also disclosed that many party faithful especially those in Fayose’s camp shunned the rally because they were shortchanged by the national leadership of the party in arriving at the choice of the Presidential Campaign Committee (PCC) members and the way and manner funds were disbursed for the exercise.

The ex-governor’s loyalist added that admittance of Social Democratic Party (SDP) members into the PDP and giving them roles in the local PCC has been creating bad blood within the local chapter, having not shown remorse for working against the party in the last governorship election which contributed to a woeful third position at the poll.

But Adeyanju countered by holding Fayose and his loyalists responsible for the dismal performance of the PDP at the 2022 governorship poll accusing the former governor of “selling out the party to the opposition.”

The Ekiti PDP spokesman said the party had no choice but to make overtures to members who defected to SDP to return to their former party to make it stronger ahead of the forthcoming general elections and avert another poor performance if it goes into the election in its present state.

Adeyanju said the SDP members were accepted back into the party on the strength of the fact that the party came second in the governorship election noting that the return would strengthen the PDP for a strong showing in the forthcoming polls.

Okeya fired back by saying it would be foolhardy for anyone to believe that the SDP members would be working for the PDP when their party (SDP) has presidential, National Assembly and State Assembly candidates like PDP insisting that their interest would be in the flag bearers of their party.

He said: “There was nothing to celebrate about the (Atiku’s) rally of yesterday (Tuesday). Apart from former Governor Fayose, out of nine National Assembly candidates, only two were there while seven of them were conspicuously absent so it was not only Fayose that was not there.

“The lingering crisis in the PDP has not been resolved, the PDP had not identified the problems that made the party to come a distant third at the last governorship election. Comparing yesterday’s rally with the one held in 2019, you will see that it was nothing to write home about.”

Adeyanju said: “I agree that we have factions in the party, we have identified the crisis and we are trying to solve it. Do you know that our votes were divided into two in the last governorship election in the state?

“The people who felt aggrieved by the management of our party broke away to the SDP and we thought that if we had allowed them remain in that SDP, there was no way any of our candidates can win the forthcoming elections.

“Those who are in APC are still in APC and the majority of our party members are in SDP. Are you telling me that the remaining people in PDP can still win elections for your candidates at the grassroots level? The fact is that we need those people (in SDP) to come back home so that we can recover the votes that we lost the other time.

“That is what we have just done that those who went to SDP, we need to call them together so that we can have a common front. Are you telling me that with the present state of PDP without SDP members, can we win the election? We need to bring them back and if we have done that, what wrong have we done?”