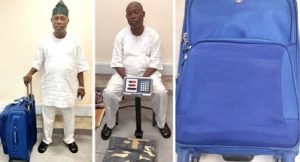 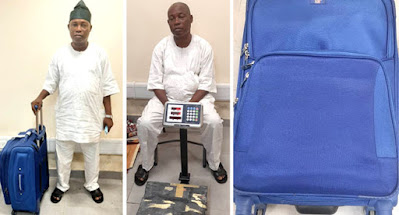 Officials of the National Drug Law Enforcement Agency (NDLEA) in Anambra State have recovered 58.5 grammes of cocaine and 13.9 grammes of heroin from the palace of a prominent traditional ruler in the state.

The agency did not disclose the identity of the monarch but said there were efforts to unravel how the illicit drugs were hidden in his palace.

Palace guards are helping to trace the drug dealer, Director, Media and Advocacy, Femi Babafemi said in a statement on Monday.

Babafemi also said a  suspected drug trafficker, Hassan Bishi Taiwo, was arrested at the weekend at the Murtala Mohammed International Airport Lagos with three parcels of cocaine concealed in a false bottom of his suitcase.

Taiwo, who was arrested upon arrival onboard Ethiopian airlines on Friday, has been trafficking drugs on Middle East routes for some time, Babafemi said.