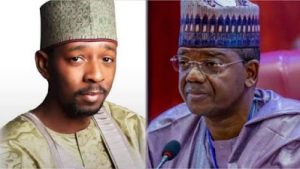 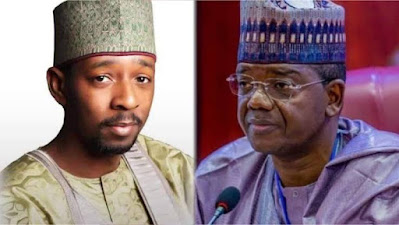 The Governor of Zamfara State, Bello Matawalle, has threatened to give his deputy, Mahdi Aliyu, “the treatment he deserves” if he dares him.

The gap appears to be widening between Matawalle and Aliyu, after the governor dumped the Peoples Democratic Party (PDP) to the All Progressives Congress (APC).

Aliyu has refused to follow Matawalle to APC and even addressed a rally of the PDP, the platform that brought the two of them to power, to reaffirm his loyalty to the party.

His decision has left Matawalle unimpressed. He told the Hausa Service of Deutsch Welle on Saturday, that he was getting fed up with Aliyu’s disrespectful attitude.

“I won’t join issues with him. But if he dares me, I will give him the treatment he deserves,” Matawalle said, hours after the State House of Assembly invited Aliyu to come and explain why he held the rally without considering the current security situation in Zamfara State and ”in disrespect of advice by the security authorities in the state.”

There are suspicions that the House of Assembly’s summons may be the first step by the legislative arm towards impeaching Aliyu.

The legislators have already switched camps from the PDP to the APC.