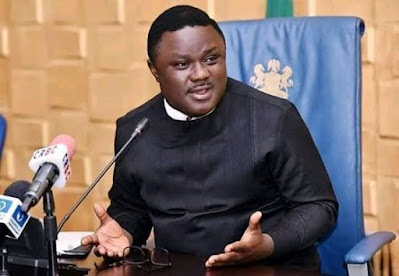 Chairman of opposition Peoples Democratic Party, PDP, in Cross River State, Venatius Ikem, has said that when the party wins the 2023 governorship election, they will ensure that Governor Benedict Ayade is made to account for his eight years in office.

In an interview with newsmen, Ikem said: “There is no greater imperative for the next governor as far as I am concerned than to show Cross Riverians that he has called Gov. Ayade to account for his misdeeds.

“Anyone who campaigns to my hearing that he will “draw a line” and continue from where Gov. Ayade stopped will lose any semblance of sympathy from me and I will deploy the entire capacity within my control to stop him. The reason is clear: it will mean that person intends to do the same and might do worst than Gov. Ayade.”

He said the state cannot afford another “Ayade” even for one year, adding that the younger generation is restive for positive examples.

“We must show the coming generation that there are consequences for bad behavior, otherwise, they will grow with the wrong values.

“That bothers me more than the stupidity of stealing what you may never need, depriving those in need in the process. It is evil and ungodly and the God I know and worship, will exert His own recompense at the appropriate time.”