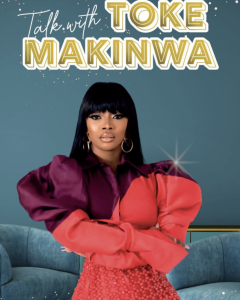 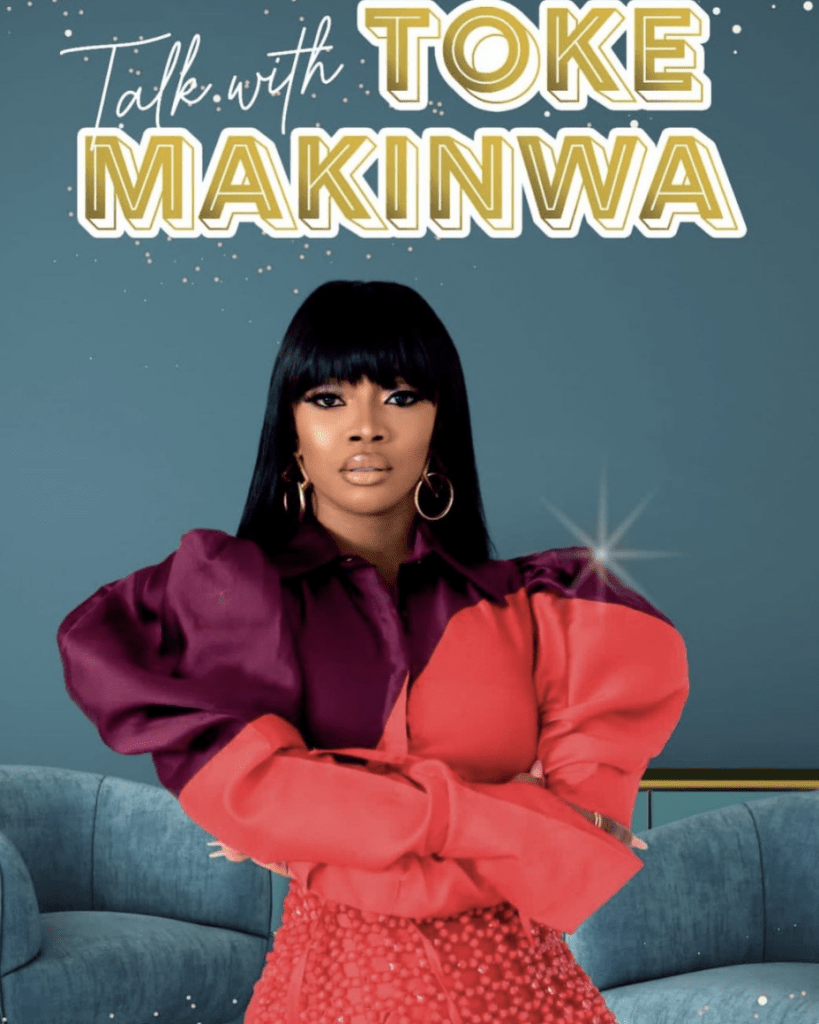 Media Personality, Toke Makinwa has announced the launch of her talk show, Talk with Toke Makinwa.

Sharing the news via Instagram, she revealed it had been her dream for the last 12 years to be a talk show host like Oprah Winfrey.

Dear @oprah I know the chances of you reading this is second to none but I just wanted to share this pivotal moment with you. I wrote so many letters to you as a child, hoping you’ll adopt me and I’ll one day be a talk show host just like you.

You see, this was my dream as a little girl, to have a voice that unites people like me, to tell stories and change the world through television. I never got a response from you but I watched you more and I knew that one day, if I stayed true to my path if I worked hard the universe will reward me.

This year has been my year of manifestation, God’s goodness is running after me. After 12 years of dreaming and working hard, guys say hello to the host of the biggest talk show in Africa. Yes, guys, the biggest global talk show is coming to @honeyafrica, it’s called Talk with Toke Makinwa and I get to chat with the biggest stars around the globe. Africa, this one is for you. Catch it on the 19th of November on Honey