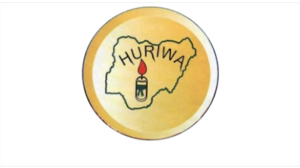 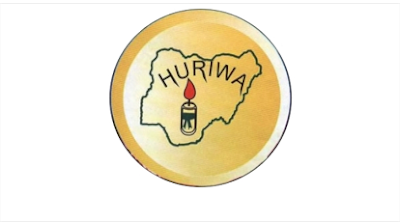 HURIWA noted that seeking God’s intervention is a lame excuse for all failures to secure the lives and properties of Nigerians.

HURIWA also condemned the recent military and police operations in Orlu Town of Imo State in which many innocent passers-by and House owners were deprived of their lives extrajudicially and their housing assets set ablaze under the guise of chasing after members of the so-called unknown gunmen in the State.

“Extra legal killings of innocent Nigerians and the setting of their hard-earned properties on fire without going through the due process of the laws of Nigeria is a crime against humanity and those who are committing these egregious crimes won’t go without any form of legal retribution and persecution whether locally or before the INTERNATIONAL CRIMINAL COURT IN THE HAGUE NETHERLANDS.

HURIWA condemned the silence of the National Human Rights Commission of Nigeria to the state-sponsored terror carried out by armed security services in Imo State.

The rights group challenged the Chief of Army Staff Lieutenant General Faruk Yahaya to allow credible Civil rights advocacy groups to observe the conduct of his soldiers in the South East of Nigeria and ensure compliance to the Rules of engagement and the Inspector-General of police Usman Alkali Baba to let the civil liberty societies to assess the detention facilities in Imo State because of credible evidence of deployment of extrajudicial execution of suspects as its operational modality in the South East of Nigeria.

HURIWA, in a statement by its National Coordinator, Comrade Emmanuel Onwubiko, also said it was fraudulent for the defence minister to continue earning a salary on taxpayers’ funds and enjoying all perks of offices while he claims to look on to God for a solution.

The rights group said it doesn’t make logical sense that the cabinet minister in charge of the National Defence of the country will simply not think out quality strategies to checkmate the rising trends of insecurity but will be read and seen in the media saying that only God can save Nigeria from terrorists.

The group said Pastors and Imams can as well take over Magashi’s role since it now requires divine consultation and not military warfare or rather the President who is the Commander-in-Chief who has also persistently stated that he looks up to God for an end to the man-made heightened insecurity can as well resign since he has accepted that he as a person lacks the workable methodologies to tackle the expanding frontiers of terrorism and insurgency all over the country.

Recall that the defence minister had on Easter Sunday called for God’s intervention in the fight against insurgents and other criminal elements in the country.

Reacting, HURIWA’s Onwubiko said, “It is unfortunate that the defence minister, just like his boss, President Muhammadu Buhari, has now surrendered to God. Since God now does his job, why not resign because it is fraudulent to fail to do your constitutionally spelt out duty you now want God to become the defence minister but you want to continue earning the salaries. Why not surrender the entire salary to God and then step down?

“Why not allow clerics including native doctors to take over your job since fighting terrorists now involve divine solutions rather than military warfare? If spiritual incantations are what will end terrorist violence, It is all fraudulent and lame excuse of failures to lie against God to cover up incompetence.

“The United States military forces have been recorded to crush many terrorist elements both within and outside America. While they trust in God, they are not incompetent like all those we have in Nigeria. Military warfare is about skills, wherewithal, technical know-how, equipment, the right strategy, adequate manpower and the appropriate deployment of high valued intelligence.

“It is no news that the President, the defence minister and all the service chiefs have failed woefully, according to section 14(2) (b) of the Constitution which says the primary duty of government is “the security and welfare of the people shall be the primary purpose of government.

“For the umpteenth time, HURIWA calls for the sacking of all the incompetent heads of security agencies especially the defence minister and National Security Adviser, Babagana Monguno if President Muhammadu Buhari seriously wishes to bequeath ant lasting legacy as someone who led Nigeria both as a military dictator and for eight years as a democratically-elected President of the Federal Republic of Nigeria”.