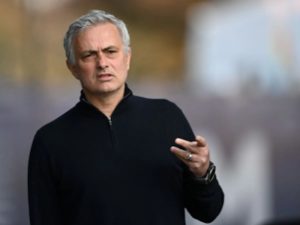 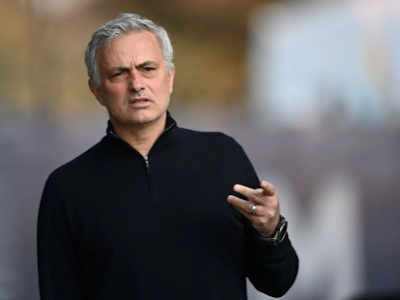 AS Roma boss, Jose Mourinho, has given a reason he doesn’t speak highly of Tammy Abraham despite the former Chelsea star playing a decisive role in his side’s UEFA Europa Conference League semi-final second-leg 1-0 victory over Leicester City on Thursday night.

Mourinho said he refused to speak highly of Abraham because he believes the striker can do better, adding that he is a great player with the potential to be even greater.

Abraham’s early strike ensured Roma defeated Leicester at the Stadio Olimpico, giving Mourinho’s side a 2-1 victory on aggregate after the first leg ended 1-1 in England.

Roma will now face Feyenoord in the final at the Air Albania Stadium on May 25.

“Tammy knows I refuse to speak highly of him. Because he can do better and he knows that,” Mourinho said at his post-match press conference.

“He is a great player with potential to be even greater.

“I refuse to praise him! He needs to work this hard in every game, not just when we are up against Lazio or fighting for a European Final!”