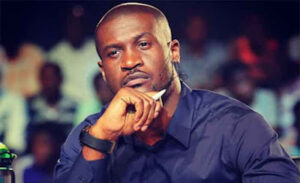 Peter Okoye of Psquare music group has reacted to the arrest of the Accountant General of the Federation, Ahmed Idris.

Recall that Idris was suspended by the Minister of Finance, budget and National Planning, Zainab Ahmed.

His suspension came after the Economic and Financial Crimes Commission, EFCC, arrested him for allegedly diverting funds and laundering N80billion.

Shocked by the news, Peter urged Nigerian leaders to have conscience.

According to him, siphoning of public funds seems to be the reason everyone is contesting to be the next President of Nigeria.

The 40-year-old musician said this via his Twitter page.

His tweet read: “Just one that was appointed by the President looted 80 billion! Ahhhh! No wonder everybody wants to be the PRESIDENT of Nigeria!