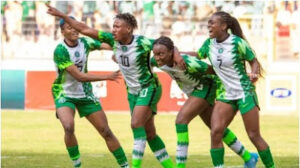 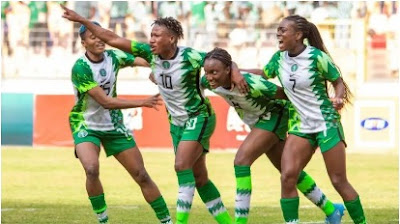 Only two players, Ngozi Okobi-Okeoghene and Anam Imo, are still being expected in camp.

Okobi-Okeoghene and Imo were handed late invitations as replacements for the injured Desire Oparanozie and Chinwendu Ihezuo.

Head coach, Randy Waldrum is expected to trim down the squad to 23 this week.

The Super Falcons are targeting a record-extending 10th title at the 2022 Africa Women’s Cup of Nations slated for Morocco.

The West Africans are pitted in Group C along with title rivals, South Africa and debutants, Botswana and Burundi.

The Falcons will open their campaign against Banyana Banyana of South Africa in Rabat on July 4.

The four semi-finalists in the competition will compete at the 2023 FIFA Women’s World Cup to be co-hosted by Australia and New Zealand.