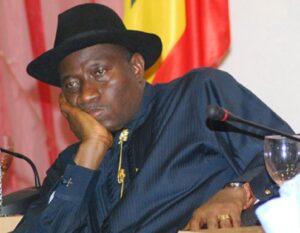 The House of Representatives, on Tuesday, extended the scope of its investigation of payments for subsidy on Premium Motor Spirit, popularly called petrol, to the last administration led by President Goodluck Jonathan.

The House had on June 29, 2022, resolved to investigate payments for subsidy on petroleum products especially petrol under a period that fell under the regime led by the President Muhammadu Buhari.

Speaker of the House, Femi Gbajabiamila, had set up an ‘Ad Hoc Committee to Investigate the Petroleum Products Subsidy regime from 2017 to 2021,’ which was mandated to report back to the House within eight weeks for further legislative action.

Jonathan was president till 2015 when Buhari took over power.

At the plenary on Tuesday, Chairman of the House Committee on Rules and Business, Abubakar Fulata, moved a motion to call for an extension of the probe.

The motion was titled, ‘Need for Extension of the Mandate of the Special Ad hoc Committee to Investigate the Petroleum Products Subsidy Regime (Pursuant to Order One, Rule1(2) of the Standing Orders of the House of Representatives.’

Fulata noted that the Ad hoc Committee on Petroleum Products Subsidy Regime was constituted on June 31, 2022, with the mandate to investigate the subsidy regime in Nigeria. He also noted that the current regime had adopted a policy known as Direct Sales Direct Purchase, a swap arrangement whereby crude oil is swapped for equivalent refined petroleum products, “while the other by-products from the refined crude oil are not accounted for.”

“The House is disturbed that between January and June 2022, the government has spent about N1.545tn on subsidies, a period some of these industry players are involved in the DSDP contract. The committee cannot extend the time to cover the periods outside its mandate.”

Fulata, therefore, prayed the House to “extend the mandate of the Ad Hoc Committee on Petroleum Products Subsidy Regime to cover the period of 2013 to 2022 as well as subsidy payments and forex allocations from 2013 to date.”

The lawmakers unanimously adopted the motion.