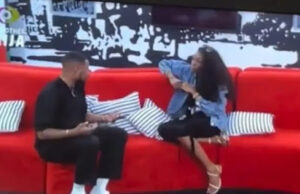 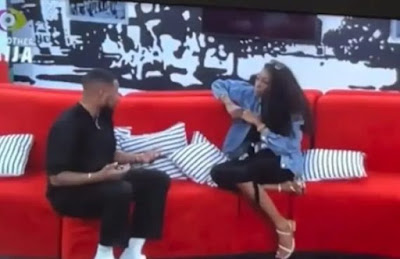 During a chat between the reality stars, Doyin apologised to Sheggz for telling him to “f**k off” when they had an argument earlier in the day.

She said she shouldn’t have said that to him because she “really really likes” him.

The medical radiographer also admitted that the only reason that she had stayed away was because of his seemingly budding relationship with Bella.

“Even if I wanted to do that to someone, I shouldn’t have done it to you because I really really like you. I’ve only stayed away from you because of your relationship with Bella,” she said.

“If you didn’t have that relationship, I’ll be in your space every time. I really like you and I just feel like I could have handled that better. Even if you were saying something I didn’t like, I could have called you aside.”

Doyin and Sheggz are among the 24 housemates competing for the grand prize of N100 million — the highest ever since the inception of BBNaija.