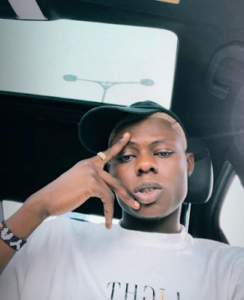 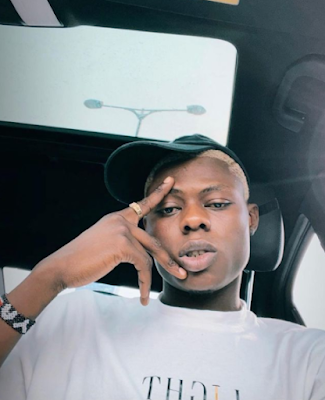 Mohbad, the Nigerian singer, has terminated his contract with Marlian Records, the record label owned by Naira Marley.

The ‘Feel Good’ crooner announced that he is ending his contract with the label in a letter dated October 25 and signed by O.M Falade, his lawyer.

In the letter, Mohbad alleged “violent physical attacks” on him and a “threat to life” from Marley.

He also cited the non-fulfillment of the terms of the contract signed in 2019 when he joined the record label.

He accused the label of refusing to pay him his royalties from monetised intellectual content and advances as mutually agreed since 2019.

“In contravention of the terms of the arrangement between our client and yourself, you have failed to pay any advances as mutually agreed by both parties since 2019 till date,” the letter reads.

“You have also failed to pay all royalties due our client from all his intellectual property works monetized, released and utilised by you from 2019 till date.” 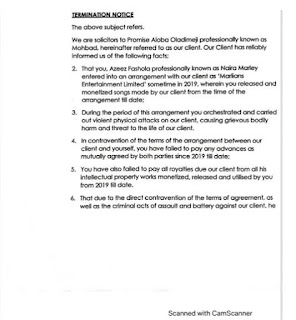 The development comes a few weeks after Mohbad called out the label’s management for allegedly assaulting him following his request for a new manager.

At the time, Marley had dismissed the singer’s claim. He also alleged that Mohbad was “high” when making the accusation.

But Mohbad countered Marley’s claim, alleging that the singer led the assault against him.

“It is therefore disrespectful for Naira Marley to insinuate that I started the attack because I was intoxicated as he is fully aware of the facts and circumstances surrounding this violent attack,” he had said.

“It is not the first time Naira has lied to push his own narrative, but it will hopefully be the last. I trust that soon, justice will be served. Thank you all for your support.”