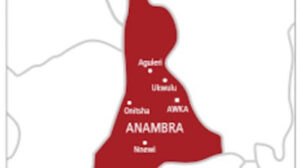 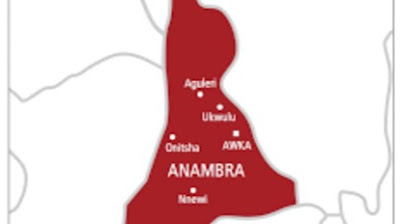 Youths of Oba community in Idemili South Local Government Area of Anambra State have arrested two kidnappers and also rescued their victim while recovering an AK-47 and a pump-action rifle.

A source said the arrest happened on Friday afternoon after the group, operating in a red Corolla vehicle, kidnapped a man and stole his car and other belongings.

The source said: “They kidnapped the man in front of a primary school in the community. They stole his car and abducted him too.

“Some youths of Oba community who have constituted themselves into civilian security chased after them when they were alerted. When the kidnappers saw that they were being pursued, they pushed the kidnapped man out of the car and continued driving.

“They thought that freeing the kidnapped man would make the youths to retreat, but they were mistaken. The youths pursued them, and they headed towards Oraifite before their vehicle developed fault, and they were arrested.”

A video circulating on social media showed the arrest, as two youths who were bloodied by their arresters were seen in the video wreathing in pain, with their hands tied behind them.

The two recovered rifles were shown in the video as weapons collected from the hoodlums.

A narrator in the video, probably the leader of the youths, said: “We arrested these two, while three others who were part of the kidnap gang escaped with their AK-47 guns which they used in the operation.”