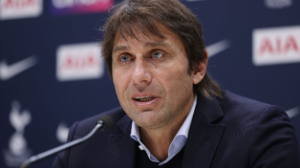 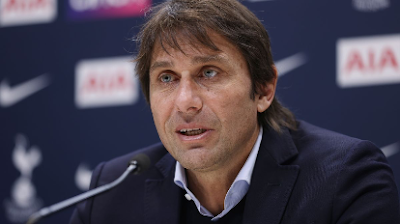 Tottenham boss, Antonio Conte has mocked his Liverpool counterpart, Jurgen Klopp ahead of their Premier League meeting this weekend.

The Italian reminded the German that it was Tottenham that stopped the Reds from winning the Premier League title.

Last season, the German boss had slammed Tottenham for their performance in their 1-1 draw with Liverpool.

The draw was frustrating for Liverpool and ultimately handed Manchester City the title.

Tottenham’s clash with Liverpool on Sunday afternoon and Conte told reporters, “Yeah, but if you remember, he lost the Premier League for this result.

“I understood his frustration. They lost the title for these two points [dropped]. But you know, instead we reached the Champions League with that draw.”

Conte said it was normal for managers to speak angrily about other teams, especially when such teams have prevented them from achieving something like winning the Premier League title.

The Italian said, however, he was not bothered since the German boss had apologised for his ranting, insisting he understood how he (Klopp) felt.

“No problem for me. When you are angry, it’s very difficult sometimes to control your emotion,” he said.