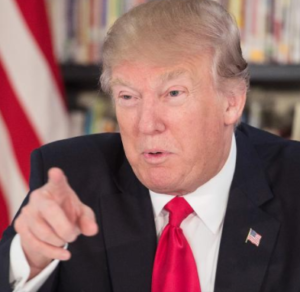 Former President of the United States, Donald Trump has hinted that he may contest for the office of the president in 2024 and stage a comeback to the White House.

Trump disclosed this where a crowd gathered in Iowa on Thursday while speaking at the first of four rallies in five days in his campaigns for Republican candidates in next week’s midterm elections.

The former Republican President has been subpoenaed by the January 6th Committee for not calling to order his alleged mob of supporters over the invasion of the Capitol Building on January 6, 2021, when he lost to President Joe Biden in the 2020 elections.

He reiterated his baseless claim that he lost in 2020 because of widespread election fraud, as per Reuters.

“I ran twice,” he said. “I won twice and did much better the second time than I did the first, getting millions more votes in 2020 than I got in 2016.

“And likewise, getting more votes than any sitting president in the history of our country by far.

“And now in order to make our country successful, and safe and glorious, I will very, very, very probably do it again. Very soon. Get ready,” Trump said to the cheering crowd.

Reports revealed that Trump won the most votes ever – 72 million – for a sitting president in 2020, but still lost to his challenger then and now president, Biden, a Democrat, who polled 81 million.